I went to visit my wonderful Nana leaving from NW DC area.  Shockingly i95, i895 were both closed at baltimore.  So we set off again the next day.

I went on this trip originally untuned.  Thinking I would just put the car in cruise and chill.  Wow, I was wrong.  I was flooring it several times.  There are aggressive drivers, with a win-lose mentality.  I'm not talking about rolling pulls against M4s or Taycans.  Some of these drivers do not want you to pass them, but drive slowly up hills or otherwise annoyingly such as overcorrections with breaks. 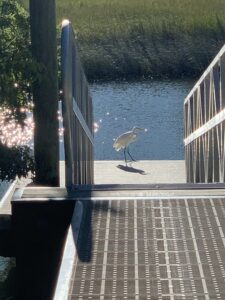 Took about 4 hours to get to Greenwich.  Beautiful area. 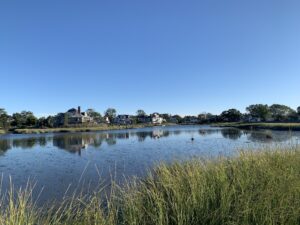 Seeing my Nana.  Many wonderful memories.  Some memories of the past. 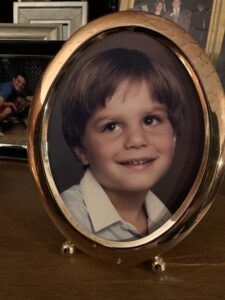 On the return trip I was tuned, and it felt better tuned.  You don't drive as hard of course, no need to floor it, burying your foot will firmly plant you in the back of whatever is in front of you tuned. Untuned, it helps you get you may not get to the click part of the, but you will be pushing that go pedal far.

One of the things I realized I was a bit too gentle tuned.  There is a ton of torque but you still have to drive it.  Set the pace for the car and she responds.

I would absolutely not drive tuned with ESP Off, slam on the gas over broken or rough pavement but you do need to drive it.

Overall driving with 600hp is much nicer than 500hp to NYC.  It helps you escape bad situations, bad drivers, with much less drama.

Against the backdrop of a struggle toward a more enlightened view on race Harpers Ferry West Virginia is an intersting location and in general an interesting state.  West Virigina of course broke off with Virginia and the south I believe for the expressed reason of the slavery.

Harpers Ferry was one of the less than a handful of violent anti-slave uprisings.  Most abolitionist were more passive, perhaps fueled by quaker ideals.  Of which some of the early quaker meeting houses make for interesting stops when traveling through the mid-atlantic.

The meandering route through W. VA and VA mountains Bolivar, and Harpers Ferry National Park with stops can be a fun day within an easy drive.

It is a beautiful drive and one wear my tuned Mercedes ran great.  She should be around 600 at the crank hp with approximately 565-585 93 octane from the tune and 23 from the air intake risers/filter, and 5-12 from the resonator delete.  Overall very thankful for the day and how she rode.

We packed to go camping but elected to just do some tubing.  About 60-90 minutes on the water with the kids sans beer and it was fun.  A beautiful day and temperature with many enjoying the social distancing socializing afforded.  I would have attempted to take pictures but learned from my trip to Xel Hai or whatever in Cancun, that it is not a good idea. 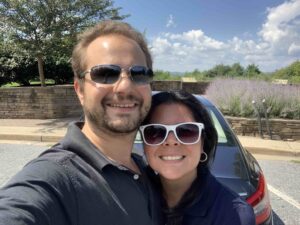 Really nice drive out either way and a nice place to hear your exhaust roar a bit when overtaking slower traffic.  It is such a beautiful drive it doesn't matter if there is traffic.  It really won't bother you at all as you look over the bonitas vistas.

There are some great high speed corners and nice uphill pulls.  We returned back on the Dulles toll road via Harpers Ferry and Bolivar, which is a beautiful but way under-speed limited road.  It could easily be a 65-70mph road for the stretches outside of dulles international airport, which itself is fairly big...

In January I took off for a 1000 mile solo road trip from DC to Port Canaveral, FL to get on what had to be one of the last cruises that sailed before the Corona Virus pandemic.   My son loved his disney cruise and unfortunately I was breaking up with his mom at the time which led to the solo road trip and a fairly intense Disney vacation and cruise...

One of the things that hit me is that you need to check the oil level before you go, and midway.  My car at somepoint, seemed like it was low on oil and I filled up on the way.   This was the first big road trip in my CLS 550 which just had a few thousand miles.

To be honest it wasn't the easiest trip on her, between burning some oil, and later my wheels felt out of balance which apparently they were out of round which is even worse.  I think some of the engine mount or tranny mounts took some wear and to be honest she felt like a brand new car before this trip, after this trip she felt like she had 10,000 miles on her.  Still nice, never pushed too hard, never gave me a hard time.  Fired up every time, proceeded well.  But in the future for a trip like this I will get an oil change and TLC before and after.

In fact I stopped at MB Orlando (north one), to get an oil change.  While it took forever, and they forgot to reset the counter the service advisor was really good.  I ended up taking a few pictures with some of their newer cars and met a nice woman Beth there.  Some we still talk.

The return trip went well too.  I did get very tired.  I actually slept in the car a bit as I realized my Mercedes is nicer than many hotel rooms and I feel comfortable in it.  Took a couple hour nap at a chic-fil-a parking lot and felt really refreshed and could keep on going.

If you have a hand held tuner I would likely advise to go to stock for these long trips to prevent excess wear judging from how this trip went.

Overall I really enjoyed it, and the sleep monitor was very helpful, reminding me to take a nap.

In this current time, an escape, a drive, along the coast is therapeutic. The miles are no longer a chore, but a welcome cinema of life where we have choice at each stage.

I took my son Jonah to Hilton Head Island for his 6th birthday.  He loves to swim so we decided it was a great place for him to enjoy swimming. 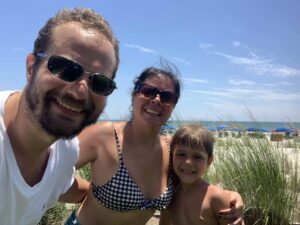 We drove about 585 miles in 8 hours, stopping at South of The Border tourist attraction since 1950 each direction because, I have a now six year old.  I picked up some fireworks for his bday.

Overall it was my first trip longer than 400 miles on the michelin pilot sport AS3+, with the new UPD Air Spacers, Resonator Delete, and with the new android screen, and she felt great with almost no detectable drone at all.

It was comfortable to cruise, I added a splash of oil other than that nothing to mention other than the fact my CLS550 is just a fantastic GT.  The air suspension and semi-active shocks are fantastic.  The steering is direct without being unstable. The engine roars to life, especially now with the resonator delete, when needed to overtake.